Paulo Coelho is one of my favourite author. Although I didn’t really enjoy Aleph, there are so many good quotes inside it. Since I read the Indonesian translation, I don’t know the real text. Here’s the one I got from goodreads, that seems the english text of my quote above:

“We always try to interpret things in accordance with what we want and not as they are.”

How many times we had misunderstanding, miscommunication, misinterpretation, and other ‘misses’ that could happen in our interaction with human being? Sometimes, it happens not because there isn’t enough communication or discussion. It might happen when our ego shut our brain to receive alternative information and comprehension. The consequence is that ‘misses’ happen, no matter how hard people try to convince us, we will resist our desired interpretation.

Similarly when we’re faced with something that evoke speculation, we always think in accordance with our interest or hope. However, I’ve proven that seeing something as it is, could bring happiness and ease in life. Because we won’t expect too much, nor we dissapoint when our interpretation is proven wrong.

“Of course it is happening inside your head, Harry, but why on earth should that mean that it is not real?”
–Albus Dumbledore, Harry Potter and the Deathly Hallows

I don’t know why I love this line so much. It’s like confirming some ideas that everything is just happening inside our head. I read a book (a science book) about this, several years ago. It said that because everything that we see, touch, feel, smell, or hear is a product of impulses that is translated by our brain, we can not be sure whether it’s real or not.

It’s like someone who has hallucination or illusion, his/her brain gives false translation of some impulses, but s/he believes that it was real. I think it’s not impossible if, on the contrary, something that seems unreal to somebody else is definitely real for us.

Okay, I don’t want to ramble too much. All I wanted to say is, I like the idea that there are many things that we don’t know and don’t understand, so it doesn’t stop me believing the extraordinary.

I think little of pen and ink in revolutions. One dagger will do more than a hundred epigrams.

I take the quote from a play by Oscar Wilde, entitled Vera or, The Nihilists. The one that spoke the line is one of the Nihilists (an organization that opposing Czar/Emperor in Russia). There were indeed some intellectual person inside the Nihilists, but there were also some person like Michael that prioritize violence above other forms of campaign.

I don’t say that I’m disagree with Michael, because at some cases words are useless if they’re facing the tyrants. Although, intellectual movements also needed to motivate and make common people realize of what they’re struggling for.

This is my special edition of Weekend Quote (or I should say Weekend Quotes), for I’m not giving a quote, but sooo many quotes. This idea came when I’m quoting Oscar Wilde on An Ideal Husband, which I found so many quotable sentences there. These quotes I wrote will make an outline of the story. I know it may make no sense if you haven’t read the play, so you may read the reviews first, or just enjoy the witty and dramatic words 🙂

LADY MARKBY . Oh! I have brought a much more charming person than Sir John. Sir John’s temper since he has taken seriously to politics has become quite unbearable. Really, now that the House of Commons is trying to become useful, it does a great deal of harm.
SIR ROBERT CHILTERN . I hope not, Lady Markby. At any rate we do our best to waste the public time, don’t we? But who is this charming person you have been kind enough to bring to us?
(Act I)

I find that little things are so very difficult to do. (Sir Robert Chiltern, Act I)

Even you are not rich enough, Sir Robert, to buy back your past. No man is. (Mrs. Cheveley, Act I)

No one should be entirely judged by their past. (Sir Robert Chiltern, Act I)

Gertrude, truth is a very complex thing, and politics is a very complex business. There are wheels within wheels. One may be under certain obligations to people that one must pay. Sooner or later in political life one has to compromise. Every one does. (Sir Robert Chiltern, Act I)

To the world, as to myself, you have been an ideal always. Oh! be that ideal still. (Lady Chiltern, Act I)

Robert, love gives one an instinct to things. (Lady Chiltern, Act I)

Women have a wonderful instinct about things. They can discover everything except the obvious. (Lord Goring, Act II)

Everything is dangerous, my dear fellow. If it wasn’t so, life wouldn’t be worth living. (Lord Goring, Act II)

Do you think it fair that a man’s whole career should be ruined for a fault done in one’s boyhood almost? (Sir Robert Chiltern, Act II)

… luxury was nothing but a background, a painted scene in a play, and that power, power over other men, power over the world, was the one thing worth having, the one supreme pleasure worth knowing, the one joy one never tired of, and that in our century only the rich possessed it. (Lord Goring, Act II)

Do you really think, Arthur, that it is weakness that yields to temptation? I tell you that there are terrible temptations that it requires strength, strength and courage, to yield to. To stake all one’s life on a single moment, to risk everything on one throw, whether the stake be power or pleasure, I care not – there is no weakness in that. There is a horrible, a terrible courage. (Sir Robert Chiltern, Act II)

Ah! that is the great thing in life, to live the truth. (Sir Robert Chiltern, Act II)

Really, this horrid House of Commons quite ruins our husbands for us. (Lady Markby, Act II)

Morality is simply the attitude we adopt towards people whom we personally dislike. (Mrs. Cheveley, Act II)

It is not the perfect, but the imperfect, who have need of love. …. Let women make no more ideals of men! let them not put them on alters and bow before them, or they may ruin other lives as completely as you – you whom I have so wildly loved – have ruined mine! (Sir Robert Chiltern, Act II)

It is the growth of the moral sense in women that makes marriage such a hopeless, one-sided institution. (Lord Goring, Act III)

Oh! spies are of no use nowadays. Their profession is over. The newspapers do their work instead. (Sir Robert Chiltern, Act III)

Women are not meant to judge us, but to forgive us when we need forgiveness. (Lord Goring, Act IV)

This is an outline of Lord Goring’s romance part 😉

MABEL CHILTERN. You are always telling me of your bad qualities, Lord Goring.
LORD GORING. I have only told you half of them as yet, Miss Mabel!
MABEL CHILTERN. Are the others very bad?
LORD GORING. Quite dreadful! When I think of them at night I go to sleep at once.
(Act I)

Romance should never begin with sentiment. It should begin with science and end with a settlement. (Mrs. Cheveley, Act III)

No woman, plain or pretty, has any common sense at all, sir. Common sense is the privilege of our sex. (Lord Caversham, Act III)

Oh, there is only one real tragedy in a woman’s life. The fact that her past is always her lover, and her future invariably her husband. (Mrs. Cheveley, Act III) 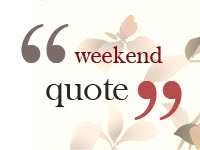 “It is a small world. You do not have to live in it particularly long to learn that for yourself. There is a theory that, in the whole world, there are only five hundred real people (the cast, as it were; all the rest of the people in the world, the theory suggests, are extras) and what is more, they all know each other. And it’s true, or true as far as it goes. In reality the world is made of thousands upon thousands of groups of about five hundred people, all of whom will spend their lives bumping into each other, trying to avoid each other, and discovering each other in the same unlikely teashop in Vancouver. There is an unavoidability to this process. It’s not even coincidence. It’s just the way the world works, with no regard for individuals or for propriety.”
― Neil Gaiman, Anansi Boys

I have known that this world is small, I met same person at different place and occasion, I met so many mutual friends, however, I never thought as brief as Gaiman did. The theory above can be so true, that makes everything being acceptable.

Sometimes, when I go to a public space, I often think “at this big place, with hundreds of people, how come I don’t recognize one of them?”. They’re extras in my life. I have met thousands people, I believe, but many of them didn’t play important role in my life, so I just forgot them, vice versa.

So, if you want to be a part of someone’s group of cast, make sure that you play some important scenes 😀